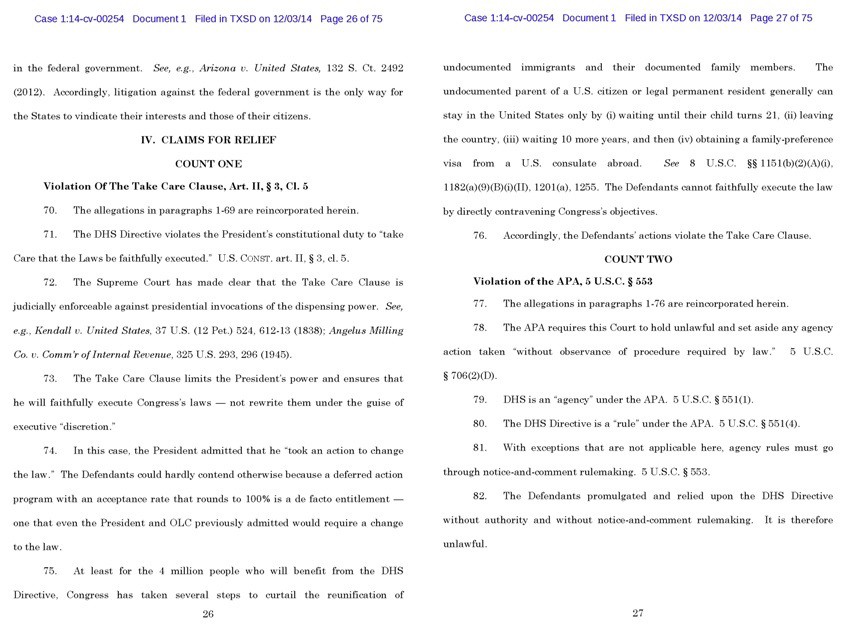 When the justices of the Supreme Court deliberate over the issues in United States v. Texas, the Republican lawsuit seeking to invalidate the Obama administrationâ€™s immigration initiatives, they would do well to reflect upon just how far the arguments that the plaintiffs have presented to them diverge from those that were presented to Judge Andrew Hanen in the Southern District of Texas when the lawsuit was originally filed.

When the Supreme Court considers what it hears this week in United States v. Texasâ€”the Republican lawsuit challenging the Obama administrationâ€™s immigration initiativesâ€”the justices should start by getting the basic facts right, which is something that both the administrationâ€™s political opponents and lower court judges have scrupulously failed to do.